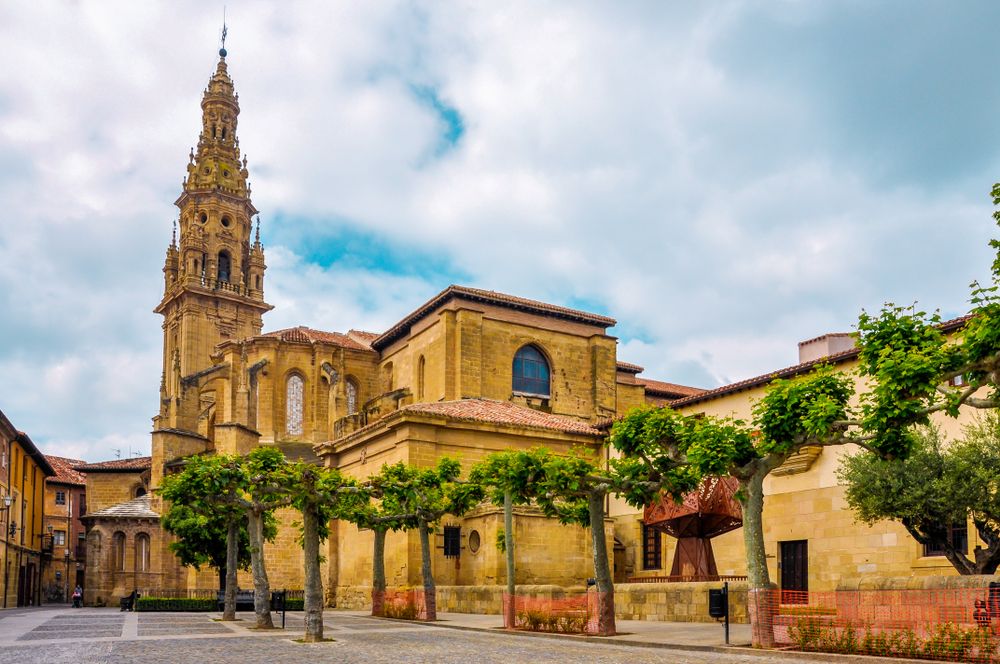 The Columbus Lighthouse in Santo Domingo, the main attraction of the Dominican Republic

Columbus Lighthouse is located in the capital of the Dominican Republic. This is perhaps the city's most important attraction, attracting crowds of tourists. All guidebooks in the Dominican Republic have this place marked as a must-see. Interestingly, despite its name, the structure is not a signal for sailors.

Santo Domingo, the heart of the Dominican Republic

The structure of the lighthouse
Unusual shape

The lighthouse is made of huge concrete slabs in the shape of a huge Christian cross. Its dimensions are impressive: 33 meters high, 45 meters wide and 310 meters long. Projectors on the roof of the building, which light up at night.

In whose honor is it named??

Christopher Columbus, the famous traveler and seafarer who discovered America. He died in 1506 in poverty at the age of 54. Because of his lifestyle traveler has accumulated a lot of diseases that undermine his health. Columbus died in Spain and was buried there. 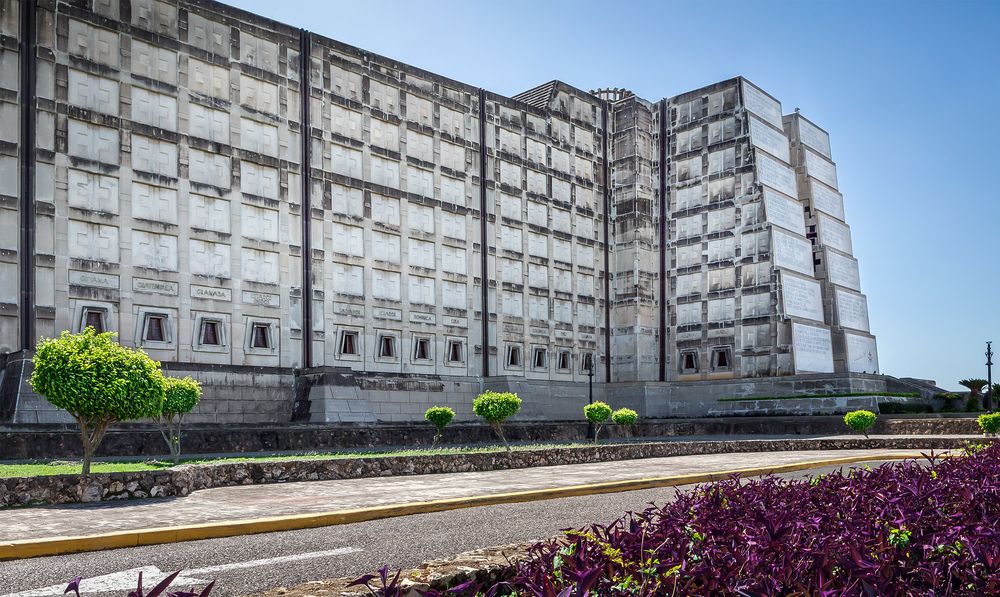 In the picture: the lighthouse in Santo Domingo. Rumor has it that this is where the great explorer Christopher Columbus was buried

Columbus's remains in the Lighthouse building, truth or myth?

And the inhabitants of the Spanish city of Seville are sure that Columbus's remains are in their city, because after his death they were transported more than once to Europe and America. It is still impossible to find out the truth.

What to see inside the structure? 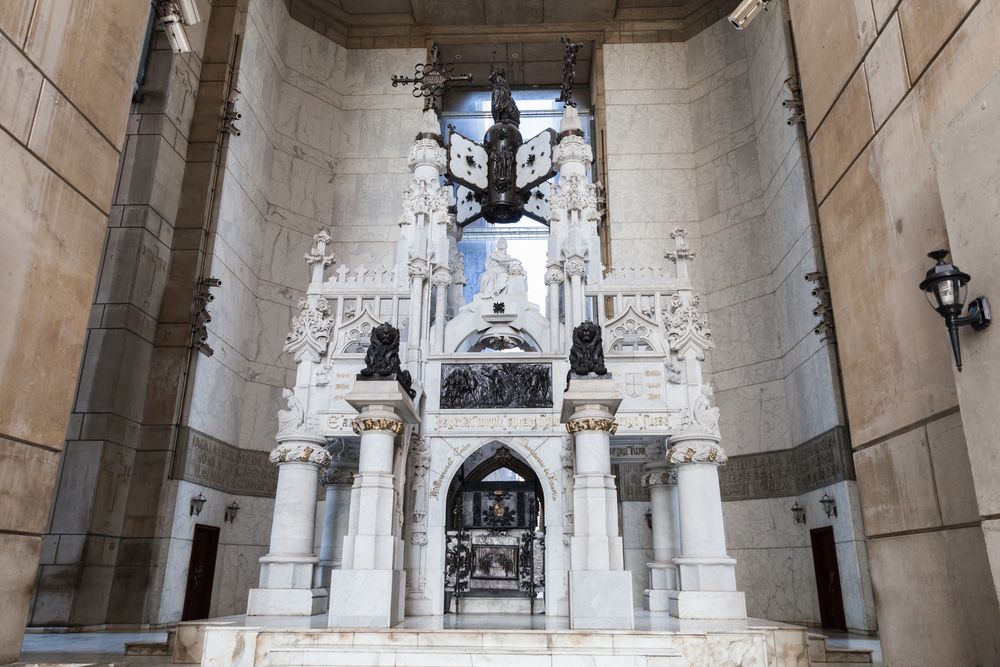 A long open-air corridor runs through the entire lighthouse building. In the main part of the structure is a sarcophagus with the remains of Columbus. On the sides of the corridor are rooms dedicated to the countries that participated in the construction. One of them is dedicated to Russia. Also in the building you can find interesting exhibits, such as a model of the ship on which Columbus traveled, items of his life and figurines.
Columbus's sarcophagus inside the Santo Domingo lighthouse

– there are many bright spotlights on the roof of the lighthouse, the lights from it can be seen on the neighboring island and even from space;

– The lighthouse remains one of the most important attractions in the Dominican Republic; the influx of tourists each month is about 5,000;

– the lighthouse was built in the shape of a cross;

– On the walls of the building are attached plates on which are written the sayings of great travelers;

– The lighthouse was opened on the 500th anniversary of America's discovery;

– The Papamobile (an armored car designed for the Pope's travels) stands outside the building and can be approached and photographed;

– A wasteland around the building, very little greenery, looks gloomy in places;

– The lighthouse lights up only once a year, this is due to the high consumption of electricity;

– The cost of the project was 40 million dollars;

– Entrance is guarded by a guard 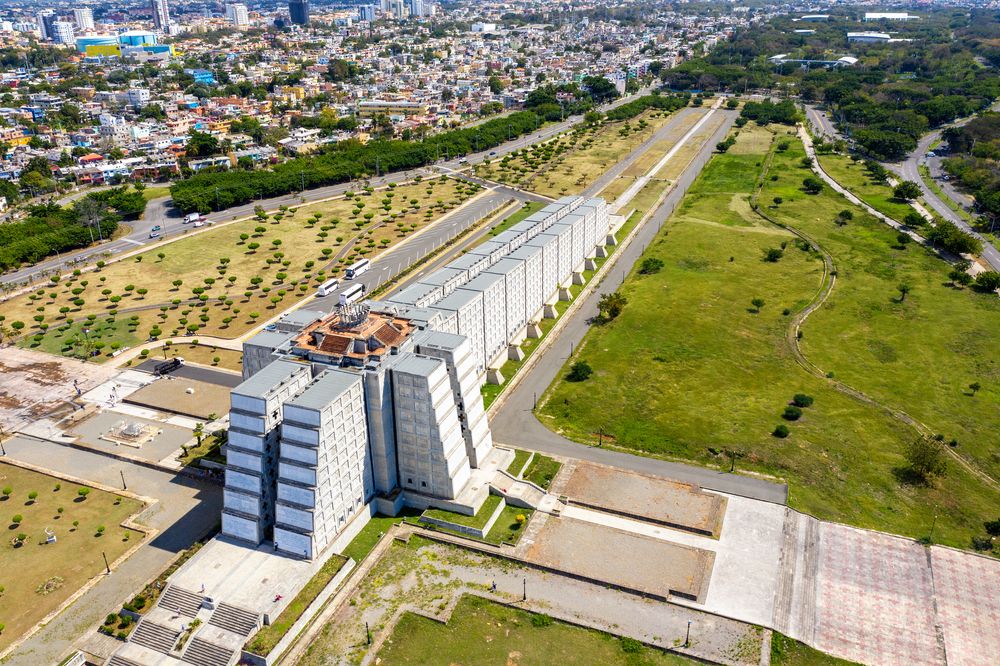 The lighthouse cross in Santo Domingo

How to get there?

The lighthouse is located in the heart of Santo Domingo, in the Parque Maridor Del Este, on the west side. 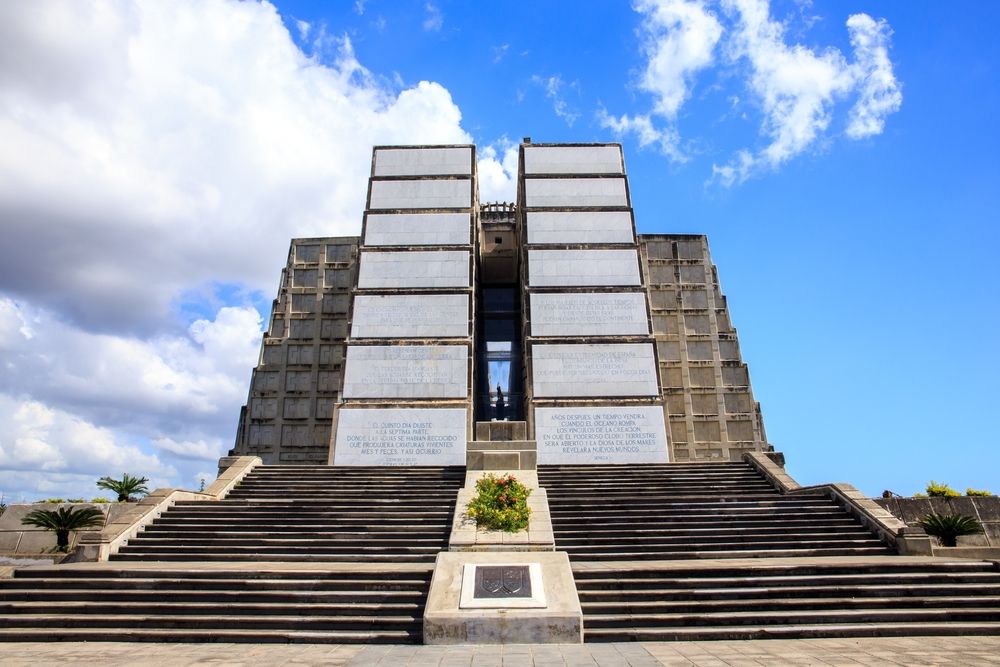 View of the lighthouse from the front

You can get to it: