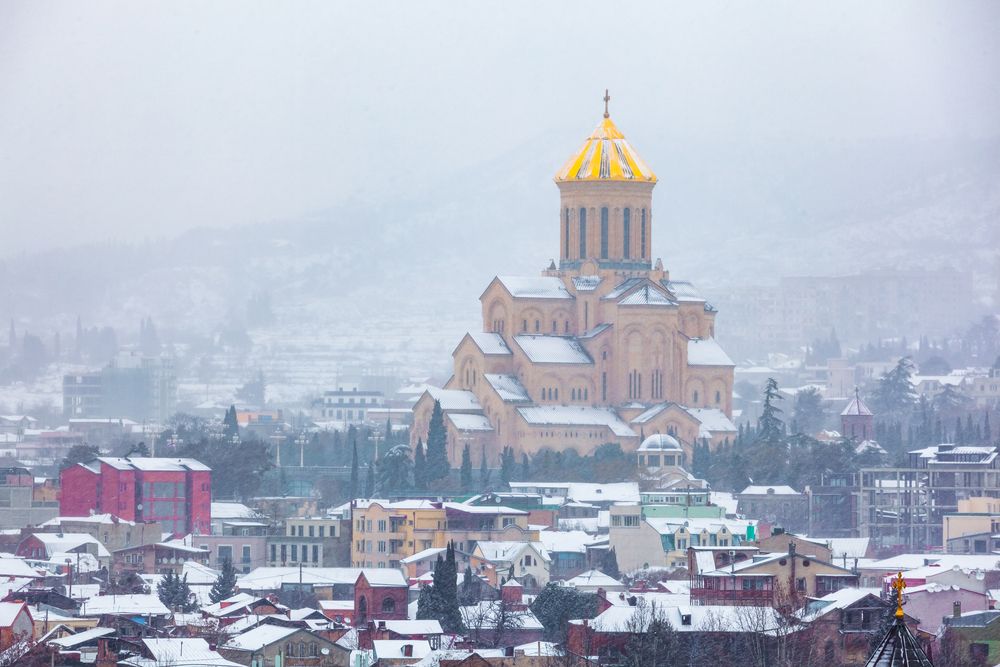 In winter in Georgia you can visit many places of interest and even go in for winter sports: skiing, snowboarding, sledging and more.
In seaside areas, winter Georgia is famous for its mild subtropical climate. The temperature practically never drops below zero.

What to see in Georgia in winter?

If you are visiting the country for the first time, you should definitely visit the capital. The city is famous all year round for its ancient sights, surrounded by modern architecture. Among popular among travelers are: the Cathedral of the Holy Trinity, a temple on the hill above the Kura River, as well as a monument to King Vakhtang I Gorgasali, located near Metekhi.
Picturesque Holy Trinity Cathedral in Tbilisi

In Tbilisi, it is worth visiting Rike Park, the glass Peace Bridge and the State Drama Theatre. Many tourists come to the city to see the statue of Mother Kartli and Narikala fortress.

In the ancient city of Mtskheta there are many religious temples and monasteries. The main attraction of the city is the Svetitskhoveli Cathedral dating back to the eleventh century. Near the city are the Jari Church, Nichbisi Fortress, Armazi monasteries and Chateau-Mukhrani Winery. 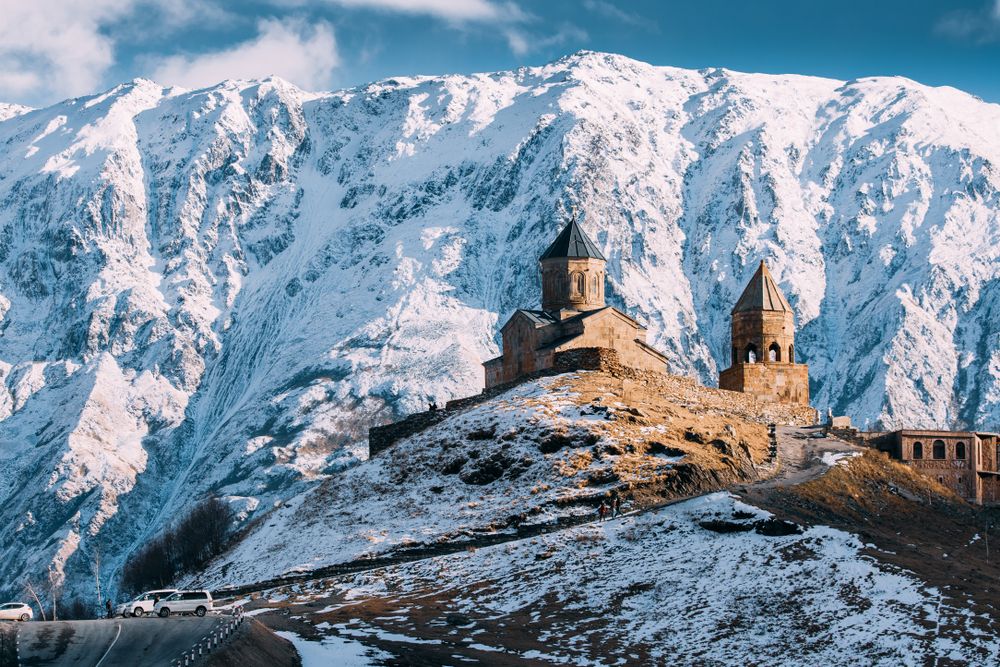 View of Mtskheta in winter

While in Georgia, it is worth visiting Prometheus Karst Cave. A great view of the rock Khvamli, where Prometheus was chained. There are fifteen excursion routes, the total length of which is more than one kilometer. Beneath the city of Kutaisi is another group of caves – Sataplia, where there is a hall with the footprint of a dinosaur. 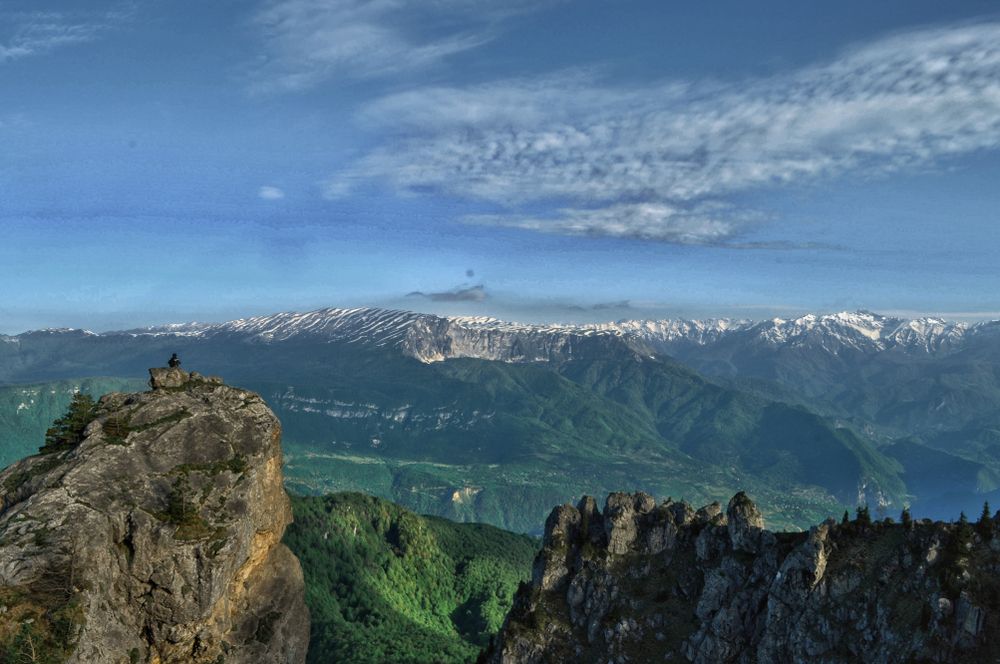 Khvamli – the rock of myths and legends

The region of Kakheti – wineries and the city of love.

In one day in Kakheti you can see all the main sights. Tourists prefer to visit the small town of Sighnaghi, built in Georgian-Italian style. 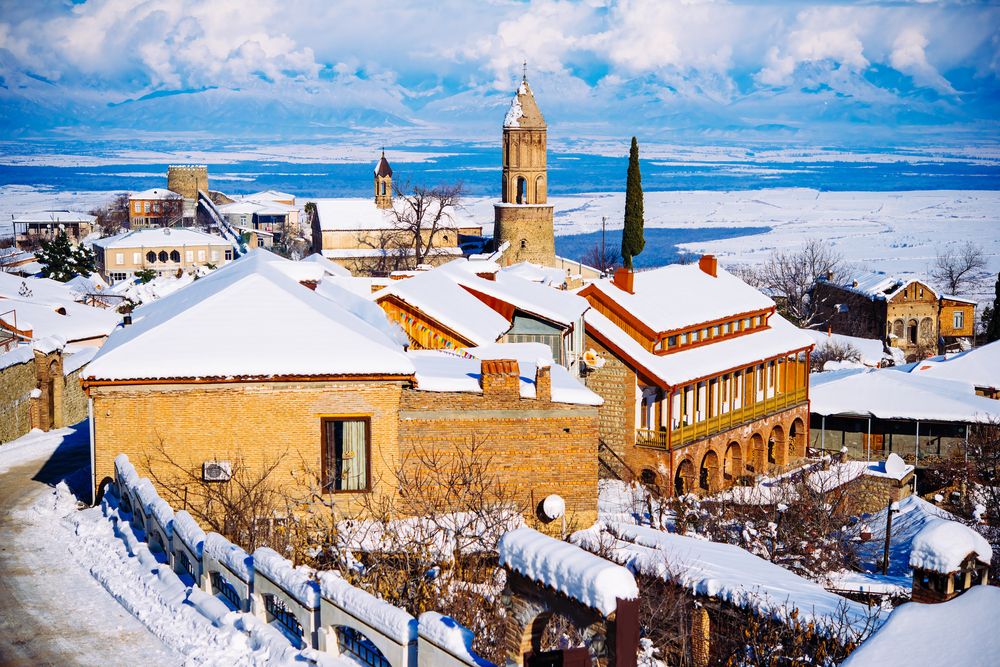 The romantic town of Sighnaghi resembles a little Italy

Couples in love love love to walk the narrow streets on a cobblestone road and admire the panorama of the Alazani Valley. Kakheti is also famous for its famous wineries and wine cellars. The most popular wine producing region is the Alazani Valley. There are special tasting tours developed for tourists.

The medieval cave town of Vardzia

The cave monastery town is a hundred kilometers from Borjomi. Its main part was built in the twelfth century, under King George III and King Tamar. There are six hundred buildings on the territory. These include temples, baths, refectories, all objects that have survived the earthquake and the attack of the Turks.
In ancient times, the area was home to twenty thousand people. All buildings are made inside the mountain, above the shore of the river Kura. In the center of Vardzia is the city's central temple, the Church of the Assumption, painted with ancient frescoes. At the end of the eighties the monastery started functioning again.

What to do in Georgia in winter?

While in Tbilisi, you should definitely visit the sulfur baths, where water is supplied from natural springs. Here you can also have a massage.

While in Georgia you should try the local national cuisine, namely the famous Georgian khinkali, khachapuri, kebab and other delicacies. 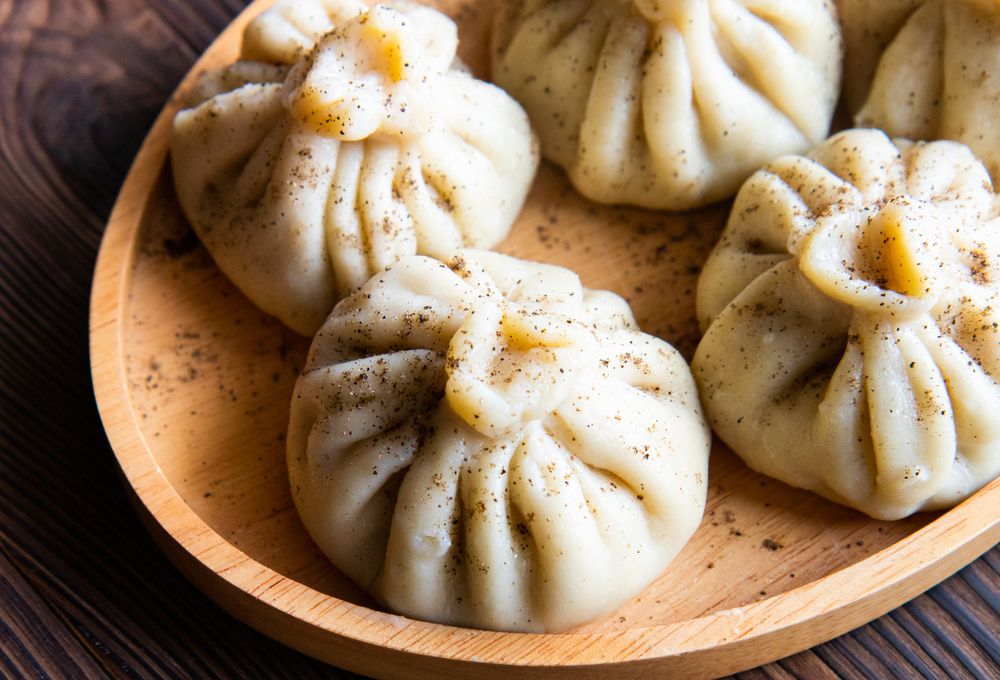 It is worth admiring Georgia, not only for its scenic views, but also for its national cuisine. On the photo – Georgian khinkali

Tourists have the opportunity to visit a gourmet tour with tasting of national dishes, cooking master-classes from the chefs, as well as to visit a Georgian feast.

Tasting the mineral water in Borjomi.

On the coast of the Kura River, in the Borjomi Gorge, is the famous Georgian balneological resort of Borjomi. Mineral water from this source is a panacea for the body.

Skiing is one of the most popular activities among holidaymakers in winter Georgia. In the country, there are such ski resorts as Bakuriani and Guaduri.

Georgia is rich in all kinds of grapes, so there are enough wineries in the country. The first place is occupied by Chateau-Mukhrani wine factory, located in the former estate of Princes Bagration-Mukhrani in the suburbs of Mtskheta. On the same territory there is a nineteenth-century mansion with wine cellars. 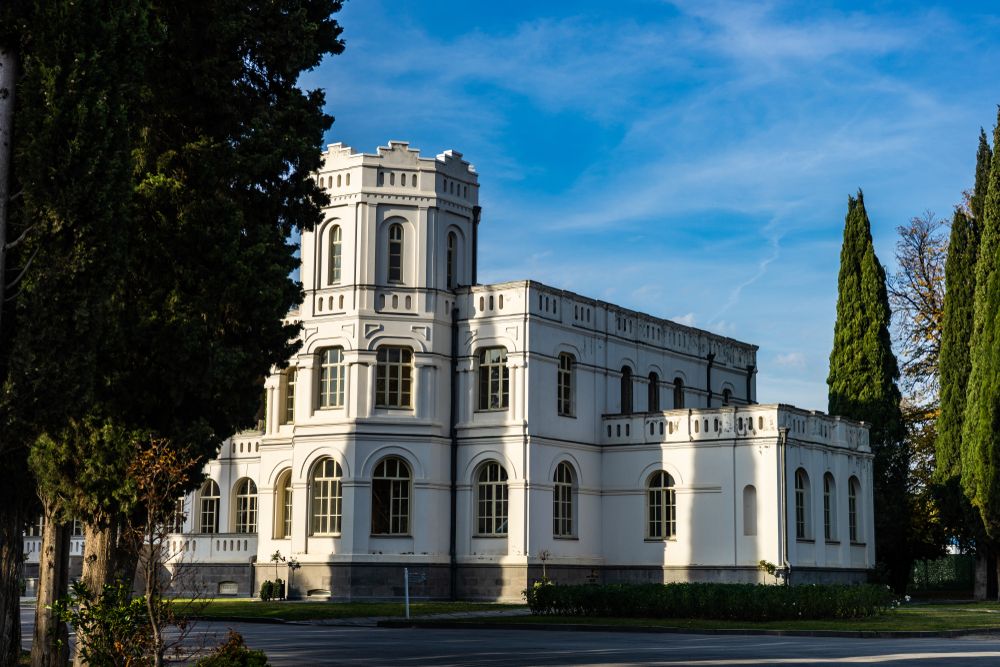 Georgia is rich in unique attractions, wineries, famous for its nature, cuisine and hospitality. Thanks to all of these factors, the country's resort is beautiful all year round.