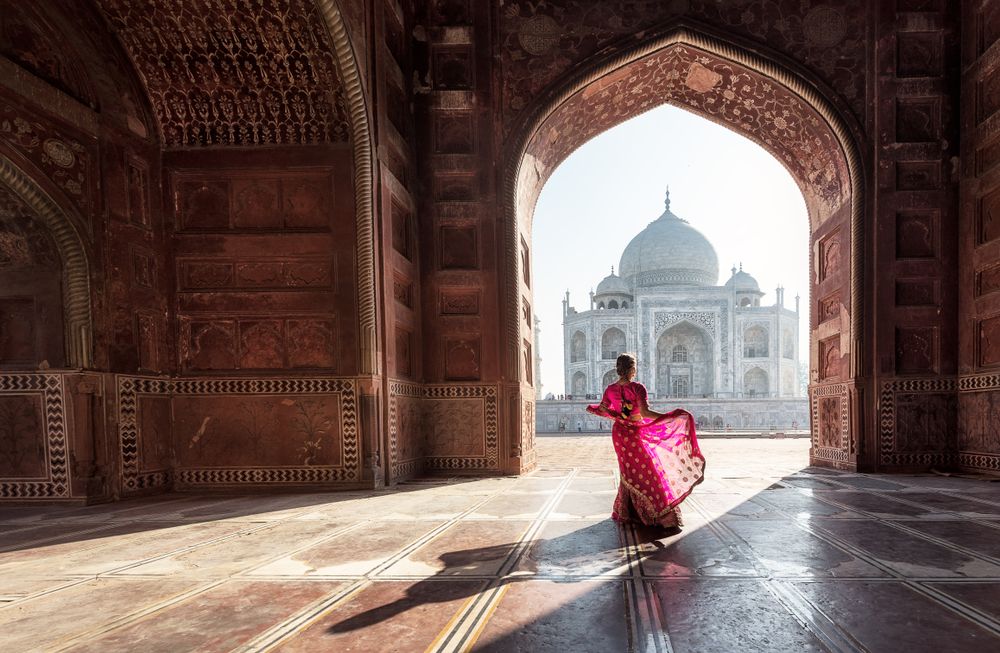 The building excites tourists, and the magnificent architecture in the oriental style makes it impossible to take your eyes off it. The modern wonder of the world is located in the city of Agra in India. It was erected as a sign of love. This is the tomb for Shah Jahan’s wife. Millions of tourists come here to see it with their own eyes and remember the mausoleum for a lifetime. What sets the Taj Mahal apart from other monuments is its silence and grandeur. In addition, it is striking in its history.

The monumental splendor of the Taj Mahal

Love Story and Reason for Erecting

Legend has it that it was love at first sight. Shah Jahan saw a beautiful woman walking in the bazaar. The girl was 20 years old. Her name was Mumtaz Mahal. For that time, 20 was not a young age for a girl, but the emperor fell in love immediately. He was not mistaken. Mumtaz was very beautiful and clever. She became not only a faithful wife for the emperor, but also his best friend and did not leave him even in the most difficult times and in marching periods. 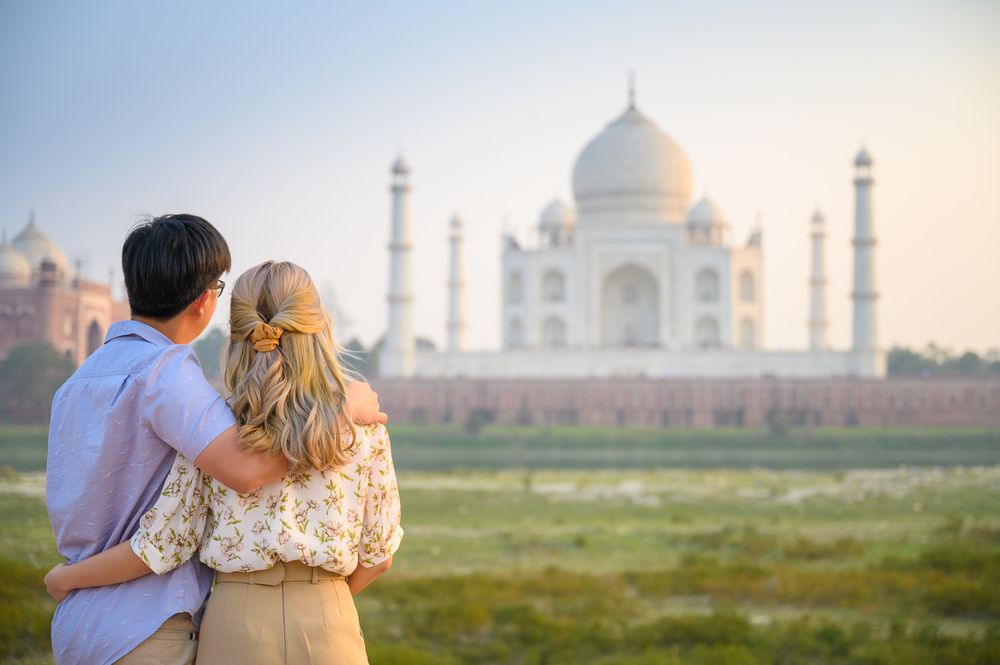 A couple in love at the Taj Mahal in India

Shah-jan has ceased to visit his concubines and gave all his attention and free time only to his wife. The happy marriage lasted 17 years. It’s hard to imagine that they had 14 children. It was during the last delivery of Mumtaz Mahal that she died. She was 36 years old.

It happened on the way to the city. The emperor was returning from yet another campaign. When he arrived home, he ordered a mausoleum to be built for his beloved wife. 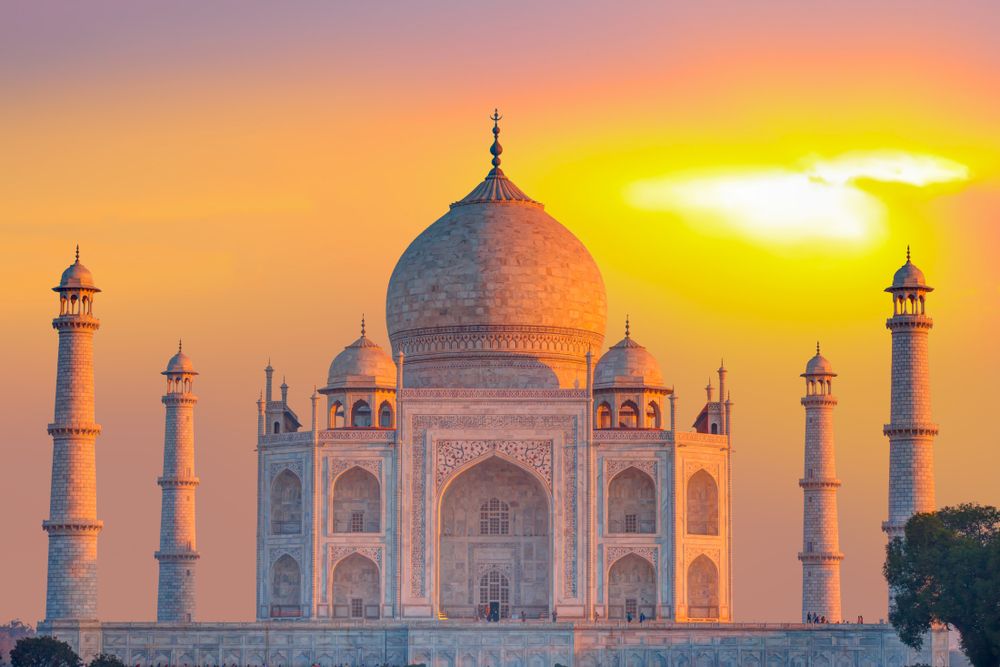 Construction of the Taj Mahal began in 1632. Twenty thousand craftsmen and artisans worked on the building

The Padishah had a very hard time with this tragedy. After her, one of his sons seized power and had his father imprisoned in the tower. From this tower one could see well the Taj Mahal. After his death, Shah Jahan was buried next to his wife, in the same mausoleum.

Interesting facts about the Taj Mahal:

1) During the construction Shah Jahan didn’t want the outsiders to see the construction process, so he ordered to build a brick wall, which had an impressive size. Builders didn’t dismantle it afterwards. The emperor let the people keep the bricks. The wall disappeared after 24 hours. So he did two useful things. 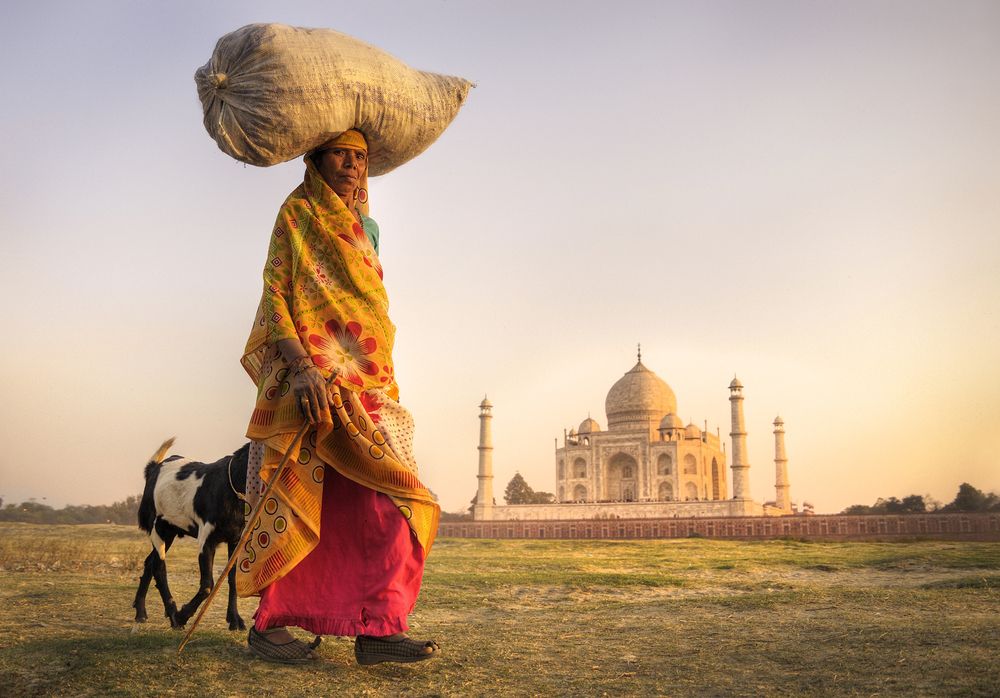 Taj Mahal (literally, “palace with a dome”) is called the monument of unfading love

2) The main material used in construction was marble. But this is an unusual marble. It changes color. It has a pinkish hue in the morning, a brilliant white in the daytime and silvery at night. The marble blocks have already been decorated with precious stones. They shimmer and sparkle because of the sun’s rays and create a mesmerizing view.

3) The Taj Mahal is 75 meters high. The domes are shaped like onions. There are nine of them in all. Around the mausoleum are four minarets. They are built in such a way that create the impression of leaning in different directions from the tomb. It’s made so that when they fall, they don’t destroy the main building.

4) There have been several accidents on the minarets and visitors are not allowed upstairs. Couples in love used to come here and get pregnant.

5) Today people believe that if you visit Taj Mahal, the possibility to get pregnant will appear even if the case was quite hopeless.

6) In front of the mausoleum itself there is a 300 meter long park. In the middle of it they built a pool, in which the Taj Mahal is reflected. There are four paths leading from this pool to the minarets. This is the first thing visitors see when they enter the courtyard. There used to be luxurious gardens with an abundance of flowers, but over time they have disappeared. 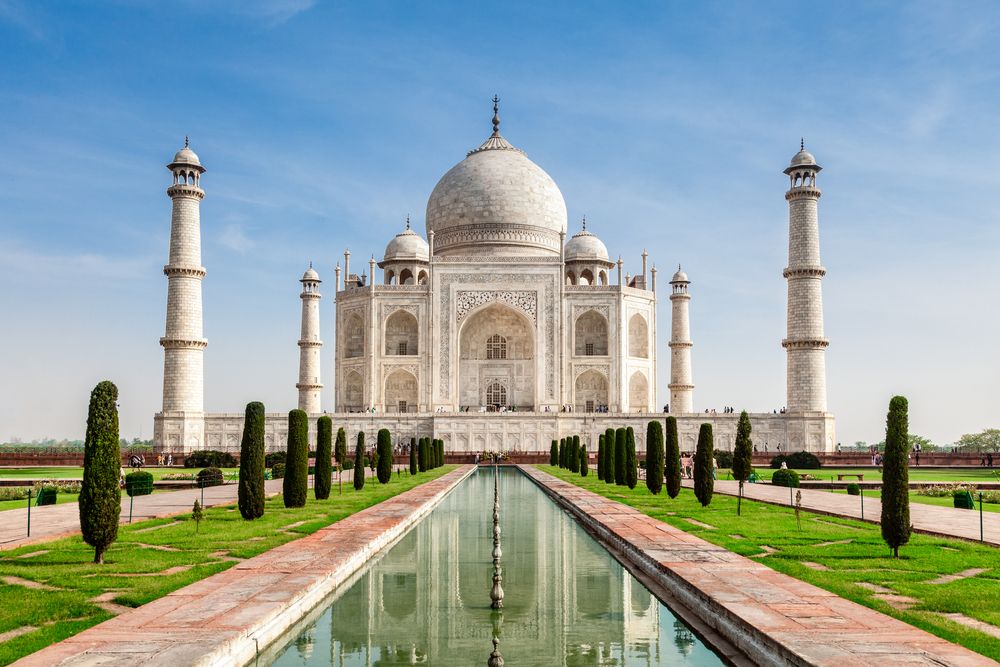 7) There is a crescent moon on the dome of the tomb. Until the XX century it was made of pure gold, but then the authorities ordered to replace it with the bronze one.

These are not all the interesting facts that can be told. Once inside, tourists lose the gift of speech. The most important thing is that the silence reigns inside. People are respectful of history. Those who monitor the order and behavior of tourists at the Taj Mahal allow you to take pictures and film the beauty of the mausoleum, but without flash.