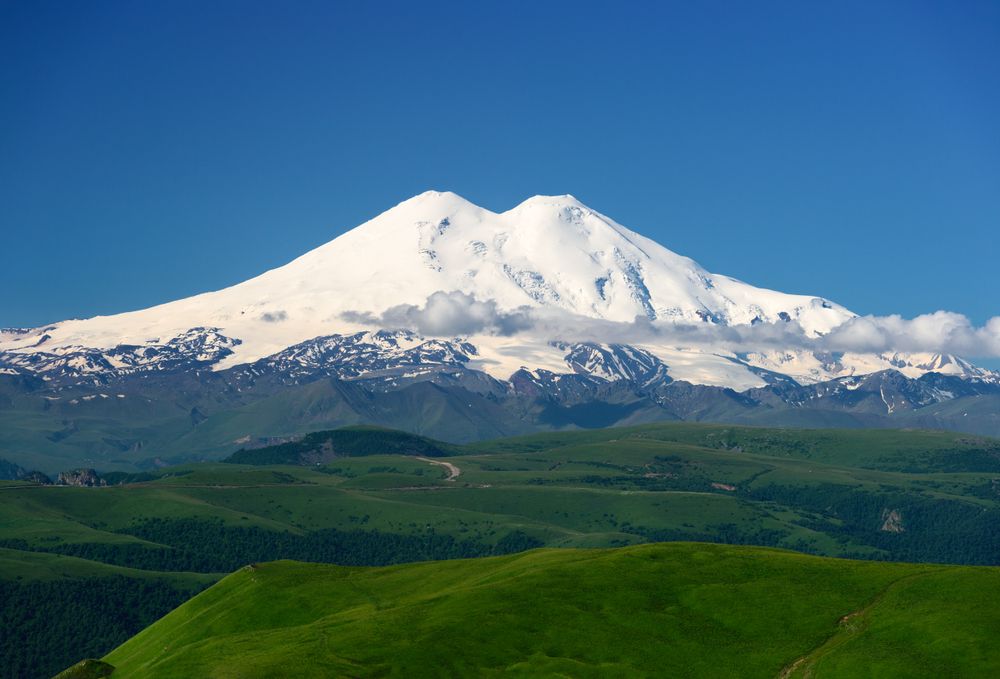 On the territory of Russia, there are six mountain systems. They spread out in their greatness over quite a long distance and amaze everyone who sees them. Many still do not know a sight more beautiful than the mountains described in the selection below.

Every mountaineer's dream is Mount Elbrus.

There's a reason the part about Elbrus was given such a headline. It's the dream of almost everyone who has anything to do with mountain climbing. It is located on the border of Karachay-Cherkessia and Kabardino-Balkaria. Despite the fact that it is quite far from central Russia, this does not prevent thousands of people from flocking there every year. There are professionals, amateurs and extreme climbers, and all these people have the same goal – to get to the top.

The way the name should be understood depends on the point of view of which nation it is viewed from. In Iran the word elbrus means "high mountain", the Georgians call it "ice mountain" and the Kabardinians call it "mountain of joy". The main thing that all these nations have in common is the majesty and power of the incredible power of the snowy peaks, which have been towering over the earth's expanses for centuries.

The highest point is located at an altitude of almost six thousand meters, and not all tourists risk to go there. Only the strongest and the most unyielding in spirit and body can reach the goal. Although it must be said that anyone can try it. 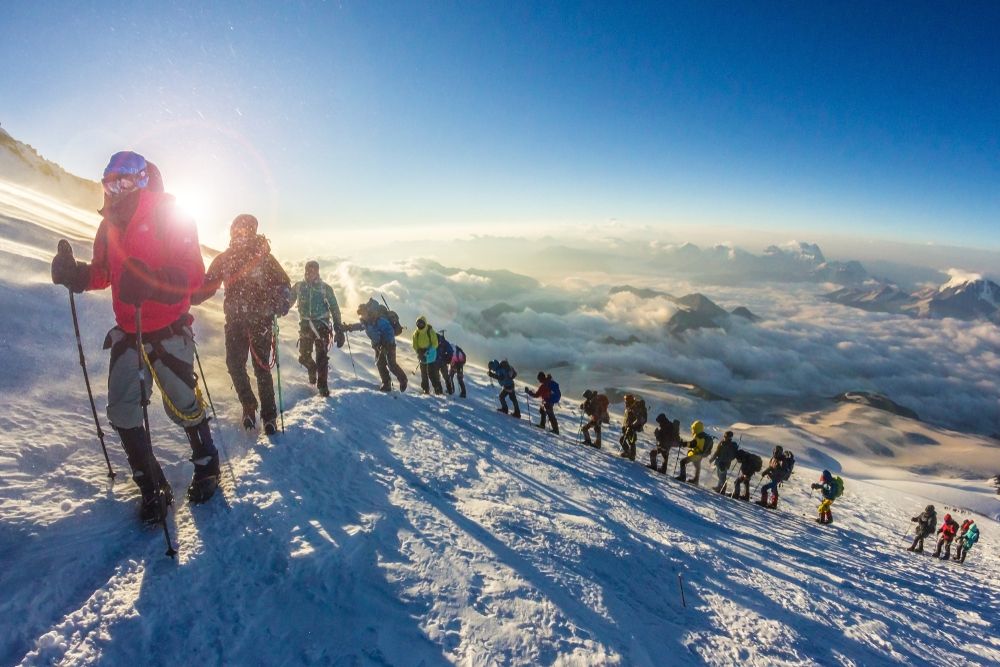 This local landmark used to be a volcano, which has been extinguished over time. Later, glaciers formed there, and we saw it as it is now. Since the last century, it looks almost unchanged. There are two peaks here that are about a million years old. Here you can enjoy the snow, ice and the atmosphere of the Arctic, with its piercing cold and inhospitable scenery. To climb and not get lost in the ice, you must not only respect nature, but also have special skills, as well as all the necessary equipment.

At the moment there is a resort with restaurants and hotel areas, which welcomes tourists regardless of the season. Also, for the sake of people's safety, experts have laid several active routes, which are absolutely safe if you approach the ascent with the utmost responsibility.

Dokhtau, the companion of Mount Elbrus 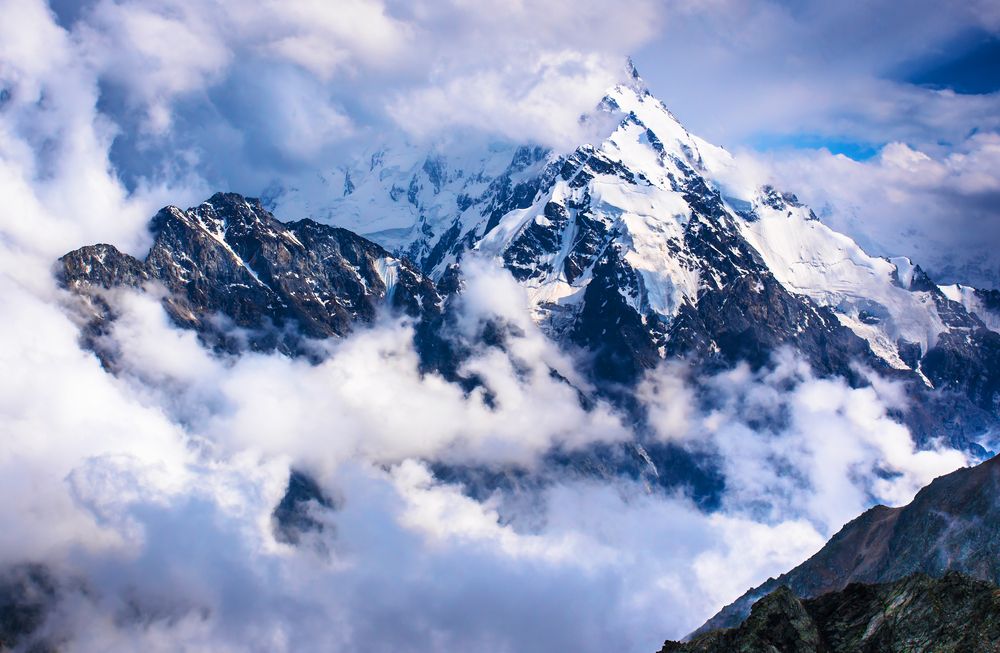 The sibling of the highest mountain in Russia, Dykhtau

Its height is slightly less than the famous Elbrus, so it is in second place in the rating. Dokhtau is not only connected with it by its height, but also by its location. It stretches on the land of Kabardino-Balkaria on the border with Georgia. This giant is famous for its glacial slopes, there is no other place like Elbrus among such a magnificence. So to be here you need to make up your mind, and not everyone can do it. If on Mount Elbrus you can still find a more gentle route, but you will not find it here. You have to sweat a lot to get to the top point. But the result is worth it: this mountain range is as terrible as it is beautiful and majestic. There is snow all year round and when the clouds come down, you cannot even see the top at first. Although the clouds almost never float above the peak, it is so high. Rock-falls and avalanches are very frequent here. If you want to get here in one piece, you should think over your route carefully and down to the last detail in order to get out unharmed. You can come here both in winter and summer. But it is worth saying that this place is even more popular for climbing in winter than in the warm season. And all this due to the fact that due to low temperatures the probability of avalanches is reduced many times. All tourists know this, so they try to come when it is the coldest time. 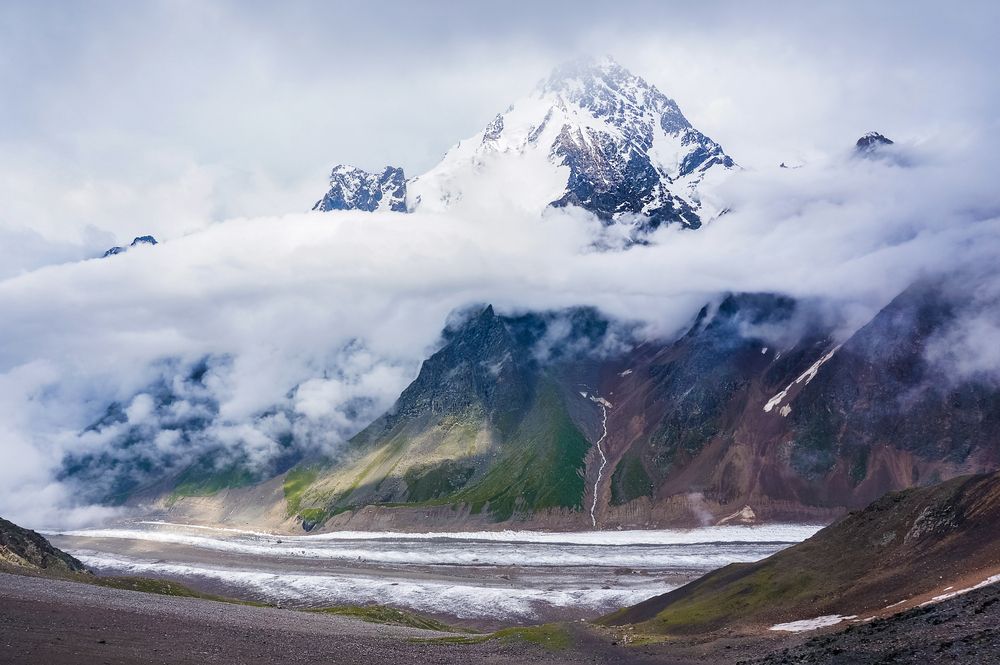 The first man climbed Dykhtau at the end of the nineteenth century. Both twin mountains are about the same height and differ from each other by only a few tens of meters. As for the nature, it is worth noting its magnificence. There is a great variety of plants and animals, some of which are in the Red Book and are carefully protected by nature communities and nature reserves. And some species can be found only on this mountain. Locals often come across bears, martens and foxes on their way, but lately they have lost their vigilance and often come out to the houses to eat fattened birds. The rarest animal species here is the leopard, which feeds on mountain goats. These goats are amazing animals! It is worth seeing them at least once in person to be amazed at how deftly they climb the mountains, having neither paws nor hands and fingers to hold on to the protruding parts. But these cloven-hoofed mammals, by some miracle, manage to stay upright on the slopes. 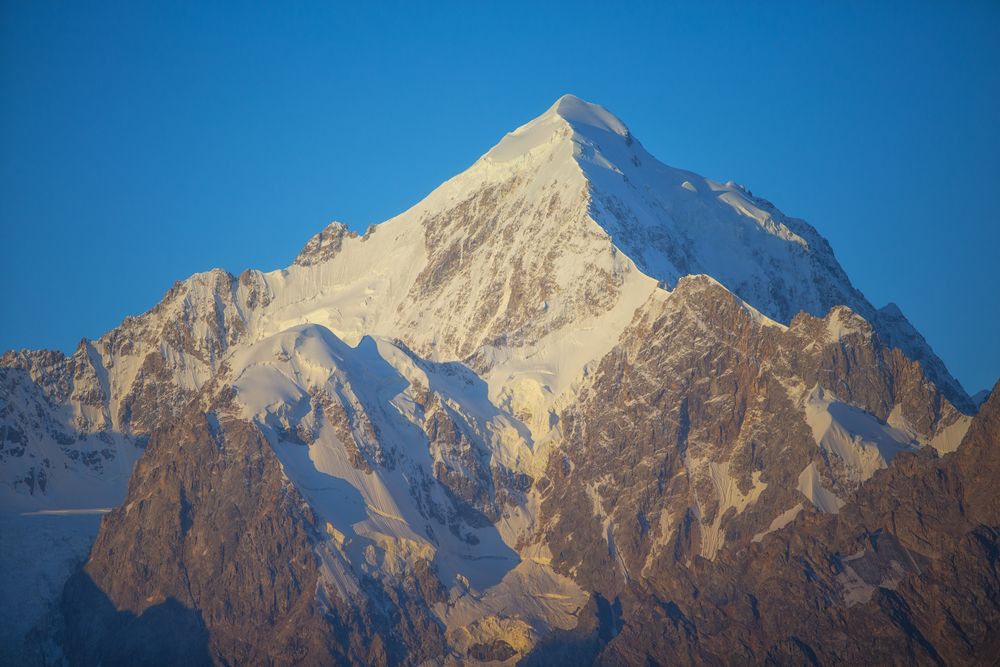 Representative of the third place is also located in the Kabardino-Balkar Republic and is translated in the local dialect as a mountain that looks like a house. And if you look closely, you really can see a remote resemblance to a yurt or a tent. But the conditions that reign here are far from the coziness of a warm yurt. On the contrary, this mountain will greet you with its coldness and arrogance, which suggests that you have to overcome a lot to reach the peak. Like Elbrus with Dykhtau, it also reaches five thousand meters in height and there is also eternal cold and snow. Many professionals believe that it is better to come here in late summer. 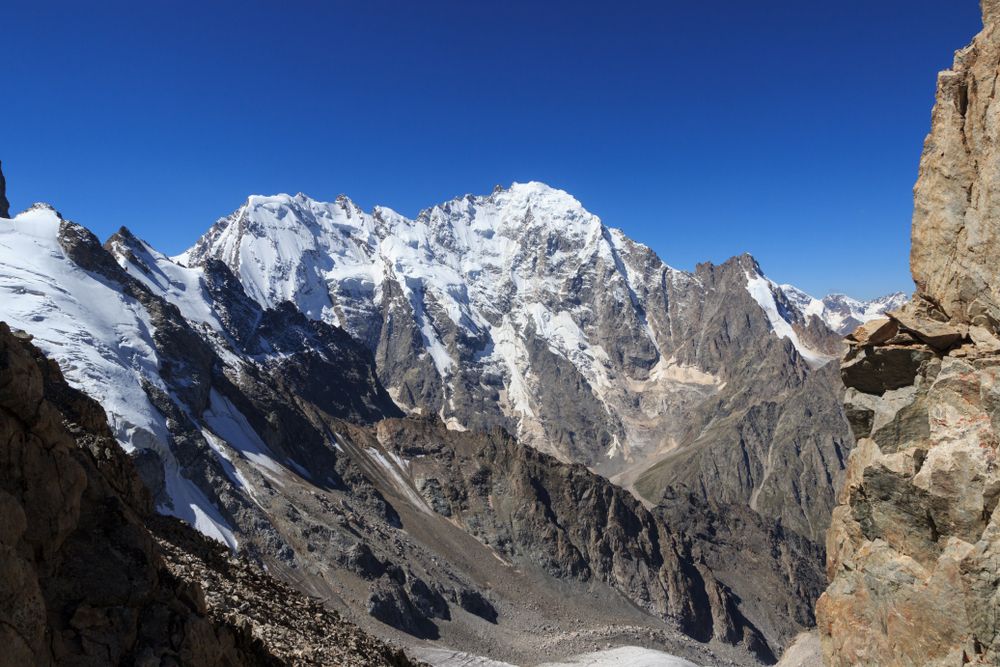 It was opened for mass climbing relatively recently by our compatriots. Here you can find the incredibly beautiful mountain peaks, slopes and fluffy clouds. Tourists who come here all the time advise everyone to come here at least to admire the beauty of nature. You can come even if you have nothing to do with tourism and climbing and do not want to risk yourself to climb up. You can just walk through the forests, which are located in the lowlands, to breathe the fresh air. The atmosphere here is truly inexpressible. You should also pay attention to the rare animal species that live here. In addition to the fact that this place is a favorite place for mountain climbers, it is also popular among those who are interested in flora and fauna. About twenty people can fit on the top, although if you look from below, it would seem unreal to put so many people there. 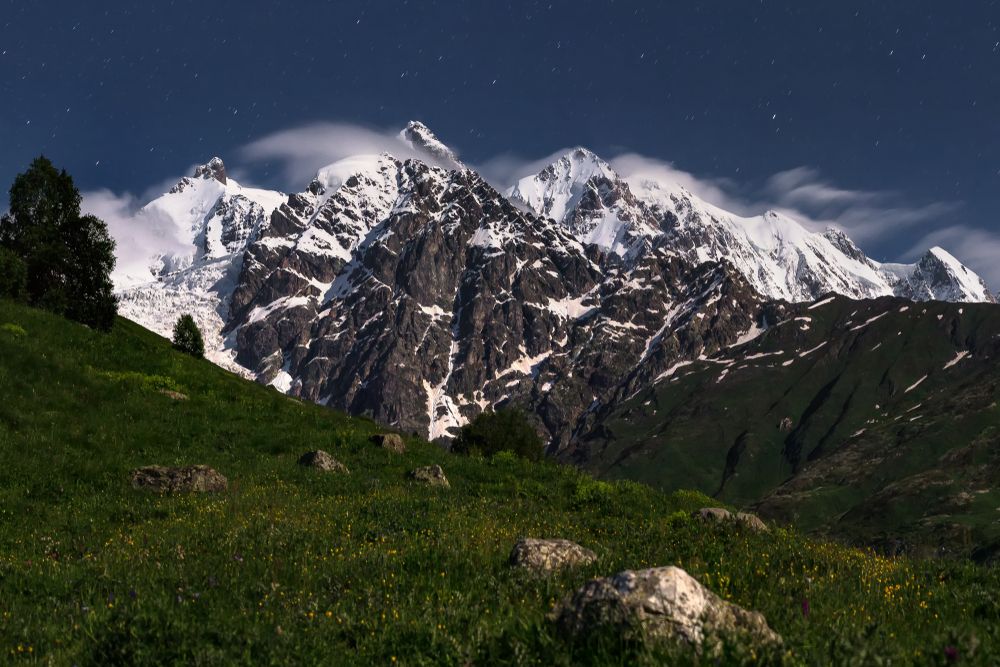 If you translate the name in Russian, it means a new mountain. If you compare it with Mount Elbrus you can see that it is noticeably smaller and gentler. But it is very difficult to climb, and therefore has gained popularity among the most daring members of the mountaineering sport. To conquer the top, you must have enough experience and level of fitness. Specialists have tried to carefully lay out a safe route to make it interesting and at the same time not dangerous, but you should still be careful all the way.